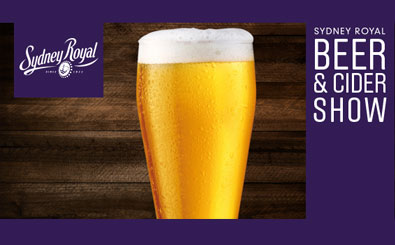 With less than one week until entries close for the 2015 Sydney Royal Beer & Cider Show, the competition has announced a new internationally recognised judge will join the existing high-profile panel this year.

Bill Taylor, former chief brewer at Lion Nathan with more than 40 years’ experience in the industry, will judge at this year’s show, alongside chair of judges Neal Cameron and fellow panel chairs Tina Panoutsos, Ian Kingham and Karina Dambergs, just to name a few.

“It’s incredible to have Bill on board; his resume speaks for itself. Bill speaks to audiences around the world, has published books and is currently the chairman of judges of the UK’s International Brewing Awards, which was established in 1886 – the world’s oldest brewing competition,” said Cameron.

“As a judge, I am excited to work with him and we’re anticipating an even greater number of entries than last year, simply based on Bill’s involvement. 2015 is an exciting year for the Sydney Royal Beer & Cider Show.”

Competition results will be announced at the GoodBrew Awards Night on Friday, 18 September. This event is open to the public and will include a tasting of the medal winning beers and ciders.