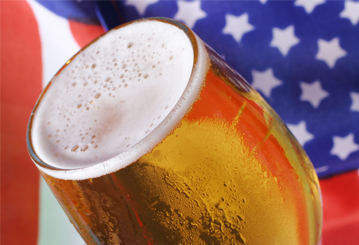 People think that beer will sell just because it is American. It won’t. Fill your menu with quality products, and if there is a really good local IPA, and you don’t want all your beers to come from the same brewery, find an equivalent IPA from a US brewery.

3. BE CAREFUL WHAT YOU BUY

Don’t pander to a narrow market. A customer says, “Oh I like this beer”, so you get it in and you then realise that they are literally the only person that likes that beer. There needs to be a market attached to what you are doing. There is probably a reason something is hard to find here, it might not sell.

Barrel-aging is the next big thing in the US – that and blending beers, which is no different to blending wines. That’s the most progressive style and it’s going to change how people approach beer because it allows brewers to create flavours and nuance that you just don’t get otherwise.

If you don’t know what it is supposed to taste like to start with and you put it on, it’s a recipe for disaster. I’ve been guilty of putting a beer on and then realising it’s not right. If you don’t have experience in identifying a fault you can lose customers. Plus you’ve spent $600 on a keg you can’t serve and shot yourself in the foot.