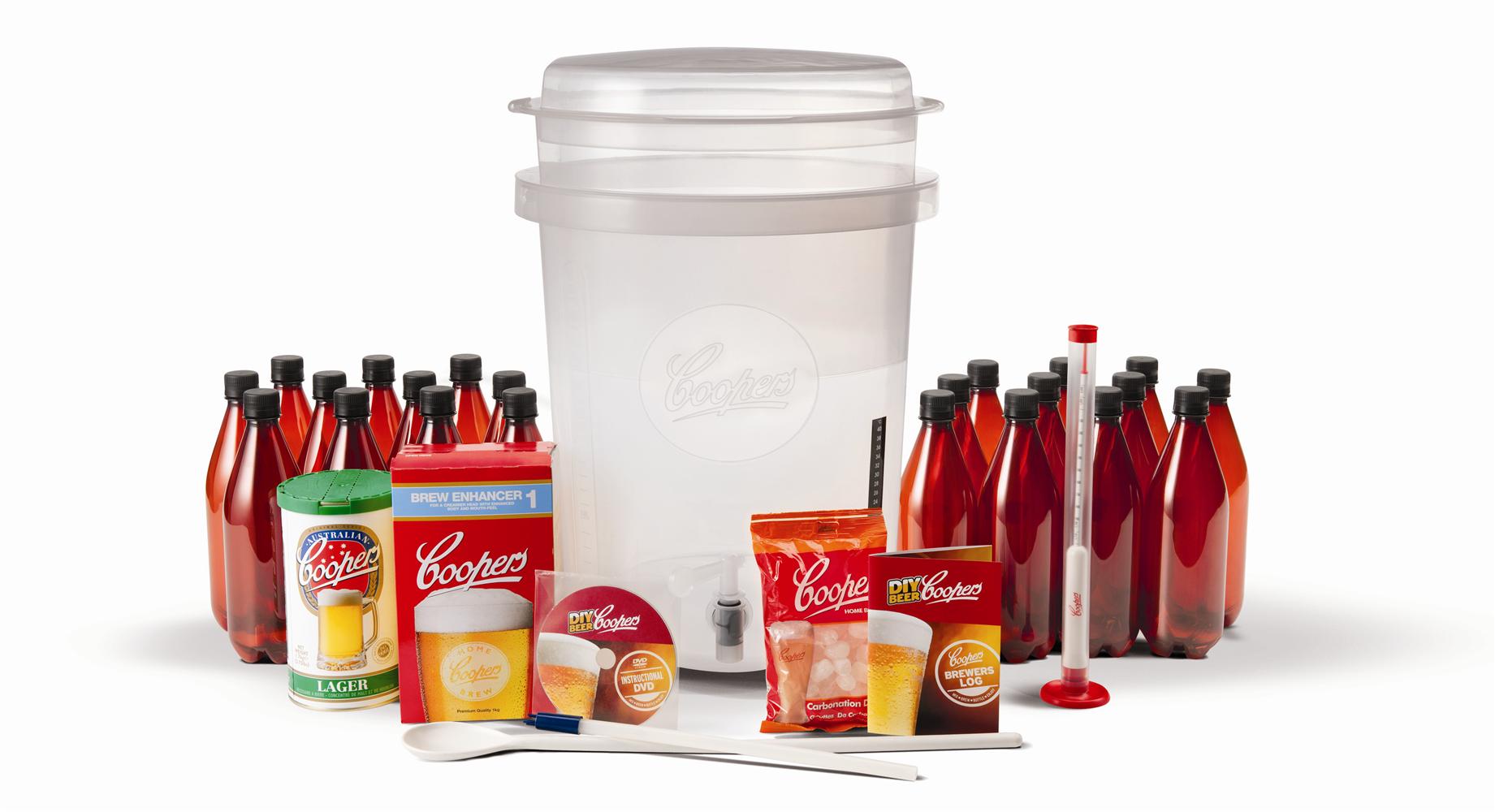 A new generation DIY Beer kit, designed by Coopers and manufactured in Adelaide by Seeley International, is being sold to beer connoisseurs around the world.

The Marketing Manager Brewing Products for Coopers, Mr Scott Harris, said an estimated 30,000 DIY Beer kits would be produced and sold in the next 12 months, with strong demand expected from overseas brewers.

“The new DIY Beer kits have been designed to overcome most of the problems encountered by people making their own beer, especially new brewers,” he said.

“They are simpler to use, very reliable and easier to clean. They also include a DVD ROM that not only takes people through the simple steps involved in brewing with their DIY Beer kits but also contains links to interesting sites, tips and hints for the new brewer.

“We think they will encourage more people to enjoy the experience of producing their own quality beer.”

Mr Harris said the collaboration between Coopers and Seeley was a natural fit for the two iconic South Australian companies.

“Coopers Managing Director, Dr Tim Cooper AM, and the Chairman and founder of Seeley International, Mr Frank Seeley AM, have known each other for years as a result of meeting at many charitable events,” he said.

“So the companies already had an association which made it an easy fit.

“Coopers was looking for an Australian manufacturer to produce the new 23-litre DIY Beer kit fermenters and it became clear that Seeley was able to meet the requirements and fit production into its busy schedule.

“We are delighted to be working with such a well known and respected manufacturer.”

Mr Seeley said that his company’s reputation for excellence and innovation, with iconic brands such as Breezair, Braemar and the new Climate Wizard, provided a perfect fit with Coopers on this exciting project.

“Whilst we’re usually developing new and energy-efficient ways of cooling people, Coopers succeeds in doing the same, but in a wonderfully different way,” he said.

“As Adelaide-based manufacturers, we like nothing better than promoting local enterprise and this is a great way to do just that with another great company.”

Mr Harris said one of the keys to the new DIY Beer kits was the redesigned micro fermenter which overcame many of the problems experienced by novice brewers.

“The new fermenters are easier to clean and sterilise, reducing the chances of contamination spoiling a brew. They also reduce sedimentation and use a special collar and “floating” lid arrangement instead of an airlock to enable vigorous brews to expand while fermenting without spilling,” he said.

“Another breakthrough has been the development of a plastic hydrometer specifically made for beer that is used to measure alcohol content. This replaces the fragile glass hydrometers provided previously.

“These design features overcome the majority of problems that new brewers experience.”

Mr Harris said the DIY Beer kits had already attracted strong interest from around the world through the new website www.DIYBeer.com.au.

The new Coopers DIY Beer kits retail for around $85.