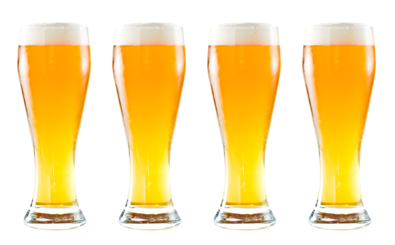 Can’t quite get your mouth around sours? Well perhaps a Gose could be your new drink of choice as it’s a nice stepping stone from normal to sour. Nick Connellan takes a look at this beer style, with the full article available in the Winter Issue of Beer & Brewer, which will hit stands next week.

There’s no doubt: sour beers are on the rise. The problem is, their tart, puckering finish isn’t for everyone. Even some seasoned drinkers can find it off-putting. Meet Gose (rhymes with “dozer”), the halfway point between regular and sour brews. The beer is slowing gaining popularity in the US, and several local breweries have recently gotten in on the act, including Feral Brewing Co (Jose the Gose, 2011) and Doctor’s Orders (Electrolyte, 2010). Two others brewed Goses this year.

So what is Gose?

Well, the style takes its name from the Gose tributary, which runs through the small town of Goslar, central Germany. It was invented some 1,000 years ago, when the town’s residents began drawing the mildly saline water from the stream to brew beer.

Typically, more than half of the malt in a Gose comes from wheat, while the rest is sourced from barley. These malts are boiled with minimal hops, then fermented with yeast and the souring bacteria, lactobacillus. The final touch is a dose of coriander.

The resulting beer has a spicy nose and a smooth, medium body due to its wheat content. It’s only mildly bitter due to the low hop content and pours with a tall fluffy head. Being unfiltered, it’s often hazy, too. It can finish with the same banana-like esters as a Bavarian weizen, but the very last taste in your mouth should be a tart, salty tang due to the lactobacillus and the unique mineral makeup of Goslar’s water.

Goslar’s no longer known for making Gose. By the 20th Century, the style was mostly being brewed 200km away, in Leipzig. Indeed, it’s common to hear many brewers mistakenly refer to Leipzig as the traditional home of Gose.

The World Wars weren’t kind to Leipzig. By the end of WWII, most of its breweries had been bombed to oblivion. Then food shortages in socialist-era East Germany caused all the city’s grain to be diverted to making bread. By the 70s, Gose was all but dead.

That changed in 1989, when the Berlin Wall came down and Leipzig’s breweries began to revive the lost style, which is in the same family as Berliner Weisse, witbier, and the Polish wheat beer Grodziskie, made with the salty water from the Grodzisk area. Interestingly, Gose is technically illegal under the German purity law (Reinheitsgebot) due to its coriander content, but it has a special dispensation as a regional style.

Melbourne’s Boatrocker Brewery has brewed a classic-style Gose for this year’s Great Australasian Beer SpecTAPular (GABS). “Not many people really do them,” says Boatrocker’s Matt Houghton. “Maybe it’s because people don’t dig them. I don’t know – we’ll find out.”

His version is boiled with coriander, Murray River red salt and a touch of orange peel, and kettle-fermented with an ale yeast. “For those who love it, it’s got a perfect balance of sour with saltiness and spice,” he says. “For those who don’t, it tastes like a really bad example of fizzy Gatorade.”

In Sydney, Nomad Brewing Co. just released Freshie Salt and Pepper, a Gose brewed with water from Freshwater Beach and spiked with Tasmanian mountain pepper. It’s a golden colour and weighs in at 4.5% ABV and a meagre 15 IBU.

“I’d never brewed a Gose in my life,” says head brewer Brooks Carretta. But he had tasted it a long time ago, in Leipzig. “I distinctly remember it’s a very rustic-tasting beer,” he says.

Carretta says Nomad’s version has a sourdough crust sort of nose, but it’s smooth, rather than aggressive. In the mouth it feels heavy, due to the wheat content. “It’s not salty as you drink it, but once you swallow it, it leaves a minerally feel,” he says. “I think that’s enough salt, otherwise it would have been unpleasant.”