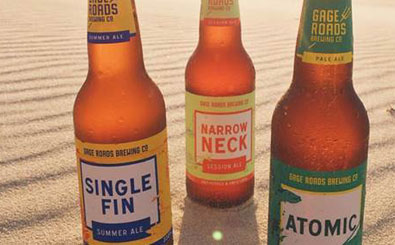 Gage Roads Brewing, the only brewer listed on the Australian Stock Exchange, has signed a new agreement with Pinnacle Liquor Group, which will allow the brewer to increase supply and distribution of its craft beers.

Gage Roads will maintain overall production volumes, but the new arrangement illustrates a shift in operational strategy to focus on growing its craft beer range and producing high quality and higher margin products.

“The overall beer market is slowing, primarily due to the decrease in volumes in mainstream beers sales,” Hoedemaker said.

“In contrast, the higher-value craft beer sector has been improving year on year, as Australians’ tastes evolve and become more accepting of beers produced by smaller craft brewers. We have a number of established and well-recognised craft beer brands in the market that have enjoyed extremely strong growth and we believe the time is right for us to focus on further growing our craft beer business, which is what we do best.”

Last year the sales of Gage Roads’ craft beers increased by more than 86 per cent in the 12 months and while the brewer will continue to contract brew for Pinnacle, Hoedemaker welcomed the new opportunity to grow the craft beer brands.

“Pinnacle’s continued support and ranging of Gage Roads’ products, while accommodating a reduction in contract brewing volumes, provides us with the capacity to focus on higher margin craft products and the flexibility to open up other channels to market,” Hoedemaker added.

“Our strategy is to grow our high in-house brands and become less reliant on the contract brewing of mainstream beers as we open up distribution channels in pubs and bottleshops across Australia. A key pillar of our strategy to successfully make that transition is a big focus on building national awareness of our brands.

“We are currently in the process of expanding our sales team on the Eastern seaboard and opening up more opportunities for consumers to trial our products and engage with the Gage Roads brand values and ethos.”