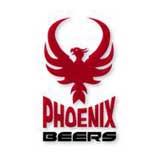 Todd Barac, National Sales Manager for Phoenix, said “To say that we’re excited about representing these guys, and their flavour-forward, boundary-pushing beers, is a huge understatement; like other beer geeks across the land, we’re well aware of BrewDog’s estimable charms. Whether it be a can of Punk IPA, a pint of 5am Saint or a nip of Watt Dickie (a 35% abv Eisbock), we look forward to bringing the uncompromising taste of Scotland’s finest craft-brewing revolutionaries to discerning Australian palates.”