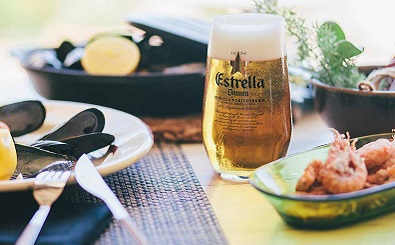 Estrella Damm has announced that it will be holding its sixth Gastronomy Congress in Melbourne on 3 April.

The Estrella Damm Gastronomy Congress is a live event which will explore the theme of high creativity, and will feature the culinary skills and demonstrations by some of the world’s 50 Best chefs. The event has previously been held in other cities around the world, including London and Miami.

The Melbourne event will include El Celler de Can Roca chef Joan Roca; the restaurant was named as number two in last year’s list of the World’s 50 Best Restaurants.

Roca will be joined by Virgilio Martínez, the Peruvian chef whose Central restaurant in Lima, was named number four in the world and the best in Latin America in 2016. Albert Adrià, from Tickets in Barcelona, number 29 in the world, will be joining Roca and Martínez.

Estrella Damm has been the Official Beer Partner of The World’s 50 Best Restaurants for the past three years and is also the sponsor of the Chef’s Choice Award as part of the World’s 50 Best.

The event is taking place at Maia Dockland in Melbourne on Monday, 3 April with limited tickets still available, register your interest at gastronomycongressvic@estrelladammevents.com.au.