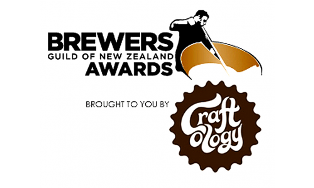 Entries for the 2014Brewers Guild of New Zealand Beer Awards are currently open and will close Friday 25 July.

Hosted by principal sponsor Craftology, the international beer competition is judged over a three day period by some of the world’s top authorities in beer judging.

The 2014 Awards will be announced at a black tie dinner on the August 21 at Wellington’s Shed 6. Open to both the public and industry professionals, the awards will be hosted once again by comedian Te Radar, a passionate home brewer.

Blenheim’s Renaissance Brewery took out top honours last year. The Brewers Guild of New Zealand has organised the awards for the last seven years, with the aim of raising the profile of premium beer.