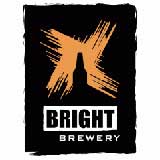 The combined effort of Bright Brewing and Batlow Cider has resulted in a Spiced Cloudy Apple Ale. As they tell us, “using a Strong Belgian Ale as a base the fermenting brew was ‘dry-fruited’ with 200 litres of Batlow’s finest cloudy apple juice. Then rum-soaked oak and a handful of spice was added for good measure. The resulting hybrid is a strong, malty, full-flavoured apple ale which displays hints of French oak and Cinnamon.”

The second brew is called the Pilot Light “Session” IPA, a repeat effort of the original version that appeared in 2013. It’s a big-flavoured English IPA, with an easy-to-handle 2.9% ABV.

Both of the beers are available on tap at the brewery – check out their website for more details.