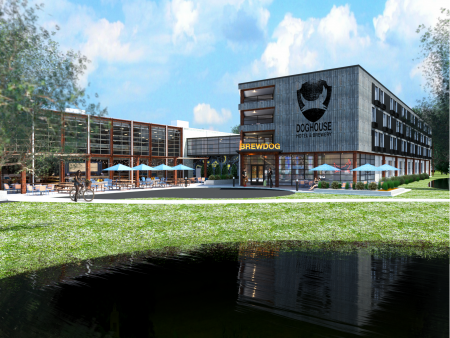 With their famous Punk IPA on tap in every room, a mini fridge stocked with beers in the shower, and even an onsite craft beer spa (with hop face masks and malted barley massages), BrewDog plan to throw open the doors to their $6 million USD ‘DogHouse’ in September 2018.

And they’re well on the way: at the time of writing BrewDog have already doubled their 30 day target of $75,000, raising a huge $160,479 USD in only six days via crowdfunding site IndieGoGo.

Guests will also be able to enjoy private brewery tours of the attached sour beer brewing facility, and deluxe beer-infused meals for breakfast, lunch and dinner.

“Our army of beer geeks have been asking for a beer hotel for a while, and we’ve been listening – now is the time to kick-start one of the most ambitious projects we’ve ever planned, all with the backing of our global community of beer fans,” said Co-Founder of BrewDog, James Watt.

“Every single part of your stay at DogHouse will be absolutely dominated by hops, malt and incredible beer; from your shower, to your breakfast, to the view from your room, to the minibar and perks like your own Punk IPA tap.” 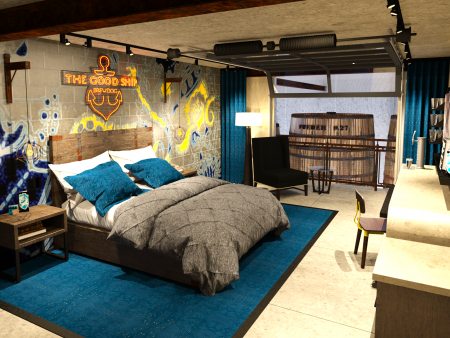 Concept image of the rooms.

Backers of the IndieGoGo campaign will gain access to behind-the-scenes plans, as well as ‘money-can’t buy’ perks and discounts, such as their name on a foeder, unlimited Punk IPA on tap during a stay, and bottles of the first five beers released from the sour facility.

BrewDog launched in 2007 and quickly attracted a loyal following thanks to their bold, uncompromising beers. In 2010 they launched their crowdfunding scheme ‘Equity for Punks’, which has seen the company raise 40 million pounds thanks to the contributions of 55,000 ‘punk shareholders’.

The company also say that the attached 100,000 square foot brewery in Columbus (opening earlier than the hotel, in mid-2017), will be state-of-the-art and one the “most technologically-advanced and environmentally-friendly breweries in the world.”

In the words of Watt: “Forget Disneyland, this is the new happiest place on Earth.”

We’d certainly be inclined to agree. 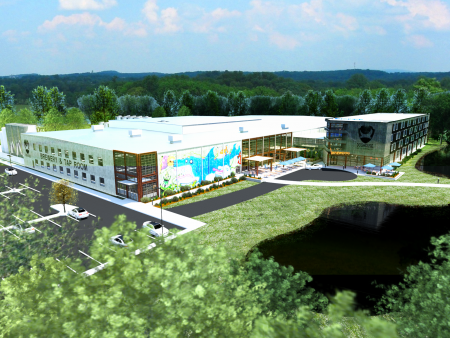 The brewery and attached hotel.