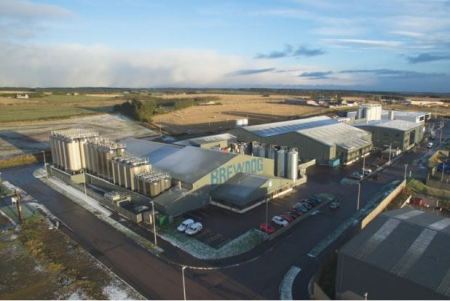 Popular Scottish craft brewer, BrewDog, has recruited a ‘Top Dog’ for Australia, who will help the company as it looks to set up a brewery in this country.

Former Head of People with BrewDog, Zarah Prior, has re-joined the brewery with the mandate of finding potential locations for BrewDog’s third international brewery. The brewer has said that its initial searches will focus on Brisbane and Newcastle, but added that it is open to locations that fit with its ethos.

“In line with the business’ philosophy of local community partnership and engagement, a location that is actively promoting urban renewal or transformation is high on the criteria for BrewDog’s latest brewery hunt,” the company said.

Speaking about the move to Australia, Prior added: “Our Australian Equity Punk community has been crying out for BrewDog to set up shop closer to home, so we are excited to finally be making that happen. We’ve thrived on the loyalty that our shareholders and peers have shown over the past 10 years, and we can’t wait to deliver brewery-fresh beers to our Equity Punks and BrewDog fans in Australia.”

“We are open to re-developing an existing industrial site with a 2,000 – 4,000m² built up facility, or alternatively a plot of land able to comfortably accommodate a new build of that size with expansion capabilities in the future. However, what’s non-negotiable is finding the right community where BrewDog’s hardcore values and Punk attitude will be fully embraced. Since BrewDog was born, we’ve been on a mission to make other people as passionate about amazing craft beer as we are. Now, we’re bringing that ethos all the way across the other side of the planet, to Oz.”

BrewDog has reached out to its Australian ‘Equity Punk’ shareholder community for contacts and advice, with the aim of identifying a suitable council, and navigating local planning and legislative hurdles.

The Australian brewery will be the third opened by BrewDog after its Scottish brewery opened in 2007 and a second brewery which was recently opened in Columbus, Ohio.