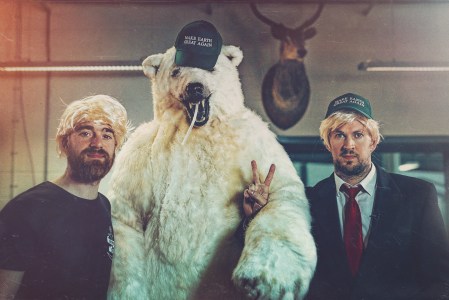 BrewDog has launched its latest protest beer ‘Make Earth Great Again’, made with water from melted polar ice caps and served from a tap installed inside a polar bear.

According to Brewdog, the aim of the beer is to “shake the world by the shoulders” and remind leaders to prioritise climate change issues.

Compelled to brew the beer after America withdrew from the Paris Accord, ‘Make Earth Great Again’ contains ingredients sourced from areas most affected by global warming: water is sourced from melting Arctic ice caps, and ingredients include endangered Arctic cloudberries.

The new beer is served directly from a tap built into a life-size polar bear replica, one of the most tragic casualties of climate change. Even the beer’s style – saison, which is fermented at a higher temperature than any other beer style – is a nod to the effects of global warming.

BrewDog has also sent a case of Make Earth Great Again bottles to the White House, in an attempt to capture the attention of President Trump. 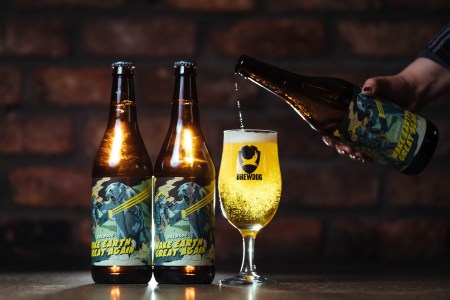 “Beer is a universal language, with the capacity to make an impact the world over, so we decided to make a statement and brew a beer that could have a direct, positive impact on climate change both through supporting an organisation making a difference, and providing a vehicle for craft beer fans to make their voices heard by the establishment.”

If you can’t make it to BrewDog’s bar in Shoreditch, London to buy a schooner direct from the polar bear’s mouth, bottles of the beer are available to buy at BrewDog.com and across the brewery’s craft beer bars around the world.

All proceeds from the beer will be donated to 10:10, a charity lobbying for legislative changes to tackle climate change.