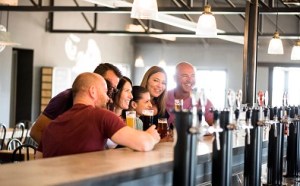 Australian beer has been shown to be a huge supplier of local jobs, as well as a major economic driver and large revenue raiser for the government in the latest data from the Brewers Association of Australia.

The economic analysis by ACIL Allen Consulting shows that 84 per cent of all beer sold in Australia is made in Australia. As a result of that domestic production there is support for almost 103,000 full-time Australian jobs and $16.5bn a year in economic activity.

“Raising a glass is a part of who we are. Beer is a major ingredient in what brings families, friends, colleagues and entire communities together. But it is also an important lubricant for our economy at national, state and local levels,” Brewers Association of Australia CEO Brett Heffernan said.

“While the data for 2017-18 has tracked down slightly since 2015-16, mainly due to an increase in imports (up from 14 per cent to 16.2 per cent), beer in Australia is predominantly a domestic industry, with the three major local brewers (CUB, Lion and Coopers) accounting for 79.4 per cent of sales volume.

“Interestingly, despite the year-on-year exponential growth in the number of small brewers, they account for 3.4 per cent of sales volume, with homebrew at 2.1 per cent and imports at 16.2 per cent. Exports run to 1.5 per cent of domestic production volume.

Heffernan added: “When you add in the jobs and economic inputs beer drives across agriculture (primarily malting barley and hops); the broader supply chain, including manufacturing, packaging and transport sectors; through to pubs, clubs, cafes, restaurants and retailers; beer production in Australia generates a massive 102,816 full-time equivalent jobs and $16.5bn a year to the economy.

“Every Australian schooner of beer sold in pubs and other licensed premises contributes $6.46 to GDP, while its off-license equivalent in packaged liquor store sales contributes $2.72 to GDP.

“The 2017-18 data on beer taxes is telling. Australian beer drinkers poured $3.613bn into government coffers – that’s just over $2bn in excise and $1.6bn in GST. Australian Government tax is the single biggest cost in the price of a beer.

“The Australian Bureau of Statistics reports that Aussies are drinking less alcohol today than at any point in the last 55 years, with 84 per cent of us drinking within recommended guidelines. That’s very positive cultural change.

“Over 9.1 million Aussies celebrate life’s milestones or just the end of a working week with a beer. Pleasingly, they are doing so more responsibly than ever.”